The ERA is Officially The Law

According to Article V of the Constitution, to amend it the ERA must get through both houses of Congress (done in March 1972), and it is necessary that 38 of the 50 states ratify it (done as of January 2020). As soon as this is done, the amendment is part of the constitution.

In Section 3 of the Equal Rights Amendment, “This amendment shall take effect two years after the date of ratification.” Those two years were for state and federal legislatures to analyze their laws for any sexed or gendered words, such that any necessary steps can be taken if a law is not in line with that which is set forth in the ERA. Women’s rights have never solely been about women’s rights when there are women who are queer and/or have another racial identity. Elizabeth Cady Stanton defined womanhood as “White Womanhood,” becoming inherently dismissive of racism, homophobia, and other systems of power.

In the words of Audre Lorde, “The master’s tools will never dismantle the master’s house.” When misogyny, racism and homophobia are defined by the heteropatriarchal systems whose very foundation has been formative to our oppression, they will always be constitutional. I am unequal to men as a woman. I am a woman until I am gay. I am unequal to straight people as a lesbian. I am brown until I am gay. When misogyny, racism, and homophobia are legislated such that it is because of me, oppressive heteropatriarchal systems and bigots will never be the issue. Being a queer woman of color, the bounds of sexism, racism, and homophobia are moved to make me the issue.

Representative Carolyn Maloney said, “With women’s rights in the Constitution, we wouldn’t be dependent on who’s in Congress, who’s on the Supreme Court, or who’s in the White House.” While civil rights legislation has been necessary, in having it be legislation rather than constitutional, it is also the basis from which our rights can be taken away at any moment. Not with the Equal Rights Amendment, when the equality of sexes is included in the backbone of the country. 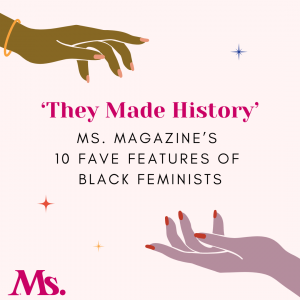 ‘They Made History’: Ms. Magazine’s 10 Fave Features of Black Feminists

By Karon Jolna As Ms. turns 50, we are looking back at the life and legacy of some of the groundbreaking Black feminists who have been featured on the magazine’s 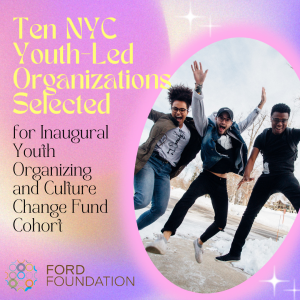 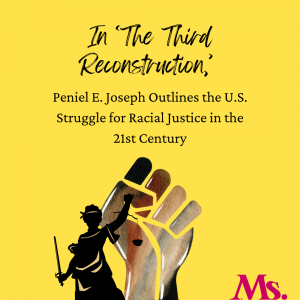 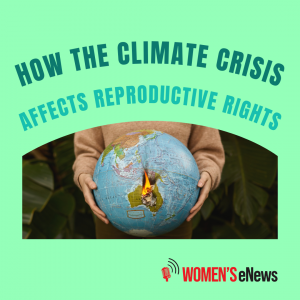